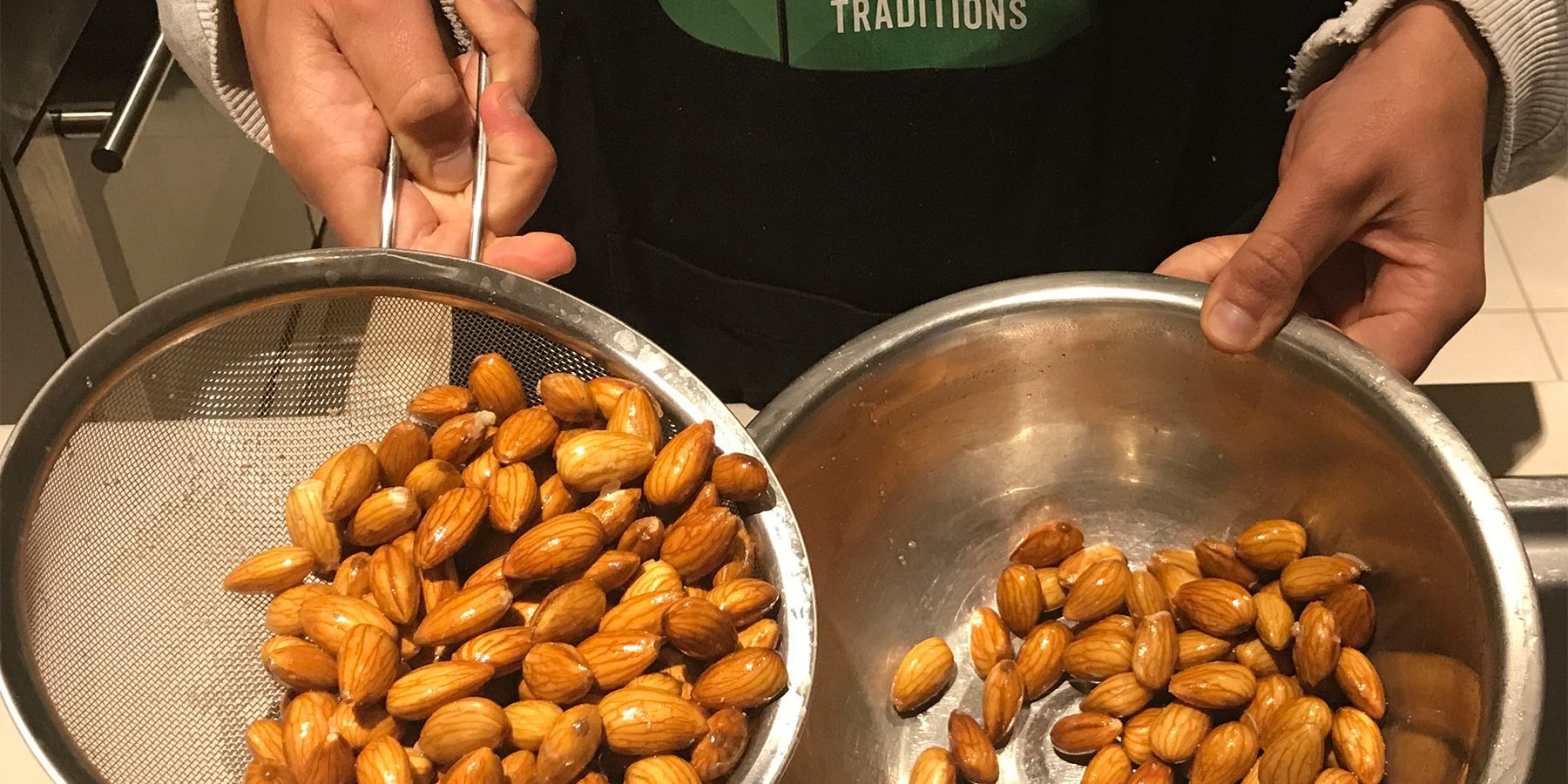 Out of curiosity, we started experimenting with Almond Milk a few years back, and really enjoyed it as a dairy alternative in our coffees and teas (especially when we couldn’t get our hands on real milk). It took extensive practice and lots of patience, but we can now also create a full bodied and thick almond milk froth with ease!

We were also surprised to learn that Almond Milk has a rich history.

According to Wikipedia, Almond Milk dates back to the middle ages and has references in Medieval Cookbooks, particularly from areas where cow milk was not commonly consumed and almonds were plentiful.

Marketed as a “healthy alternative”, Almond Milk can contain not so healthy ingredients. Many shoppers just buy the claim and don’t look at the actual ingredients and questionable additives. Although very convenient and useful, some commercial brands of Almond Milk are loaded with sugar and other ingredients like thickeners, emulsifiers, carrageenan (shown to cause inflammation and implicated in gastrointestinal issues) and other unrecognisable numbers. So it is prudent to look at the ingredient list before buying.

There is a simple, quick and super easy alternative to commercial Almond Milk… to make your own almond milk at home!

It is a fulfilling experience to get full control over the what goes into your own homemade Almond Milk, from the quality of the almonds and water, to the sweetness and choice of sweetener to the texture and creaminess of the finished product.

And we must say, that homemade Almond Milk is simply delicious!

Have any questions or feedback. Let us know in the comment section below.

Please remember to sign up to our ‘Be A Cook, Not A Chef’ newsletter to receive our latest recipes, tours and cooking experience details, product updates and member only specials. Simply use the sign-up form below the comments section.

This site uses Akismet to reduce spam. Learn how your comment data is processed.